Introduction I’m typically asked quite often on how I can attach global CSS or javascript like jQuery to my SharePoint / Office 365 site. [...]

During my last project we were asked to create a fairly simple site template on Office 365. I typically cringe when I hear the word site definition / site template or web template. The reason goes way [...]

There are a number of already built in helper (or utility) classes in Office 365 and SharePoint 2013. These classes can be very useful when you are building new components. You can skip writing CSS for [...]

You may or may not already know that SharePoint has the ability to do full width background images. If you’ve ever applied one of those wacky composed looks then you would see that some of them have [...]

I was just thinking about this issue one day and realized that I could just override the default image but if the user decides that they wanted to change it later via site settings they could. Why do I [...]

Introduction This all started as a request from a client to hide only certain users from the people search. I’ve decided on this route because the management interface already exists to update user [...]

Introduction I recently came across an interesting blog – http://www.n8d.at/blog/office-365-icon-font-documentation/ which mentions O365 icons. This was back in February so when I attempted to locate [...]

My new favorite thing is creating all my style sheets with SASS. SASS makes writing my style sheets faster, easier, cleaner, and more reusable. Don’t ask me why I chose SASS, but I liked it just a little [...]

Delete a Workflow on the Host Web from the App Web

Below is some sample code to delete a workflow on the host web from your app web. This would be useful in the event you want your App to remove a workflow that you have deployed to the host web. NOTE: [...] 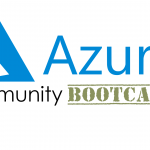 Introduction After an event I like to wrap up some of my thoughts on how the event started and some of the lessons learn... 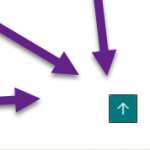 SharePoint – SPFX Back to Top

This post will demonstrate another SharePoint UI hack that is typically seen on many modern sites today. B... 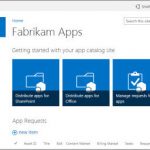 I’m posting this quick tip on how to create a site collection based app catalog with PowerShell. I used this over ...