I like automatic revision numbers while I’m developing. I don’t have to manually be making changes while pushing packages out and [...]

Delete a Workflow on the Host Web from the App Web

Below is some sample code to delete a workflow on the host web from your app web. This would be useful in the event you want your App to remove a workflow that you have deployed to the host web. NOTE: [...]

Provision a Workflow to the Host Web from the App Web

Below is some sample code to provision a workflow on the host web from your app web. This sample code is in one block for demo purposes. It makes [...]

Below is some sample code of how to delete a list on the host web from the app web via SharePoint JavaScript object model function DeleteList(listName) { //Using the App Web as the client context clientContext [...]

Below is some sample code of how to provision a list from the app web via SharePoint JavaScript object model. function CreateList(title, url, templateType, hidden) { //Using the App Web as the client context [...]

Permanently Removing the Recent Node from Quick Launch for SharePoint 2013

The following updates have been made to this article since it’s publication: [Update 9/7/2016] – The method suggested by Håkan Nilsson only works with Publishing Enabled so that you can access [...]

Back in December I posted a lengthy article on how to deploy a Composed Look for SharePoint 2013. If you haven’t read that it can be found here – http://tommdaly.wordpress.com/2012/12/19/deploying-a-custom-composed-look-in-sharepoint-2013/. [...]

Recently I was asked to make a free floating navigation element, so that when you scroll down the page it would follow. There are many adaptations of this but for standard html websites, but I was unable [...] 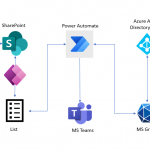 This blog will cover an example of a MS Teams provisioning process that was originally delivered for M365 California Jan... 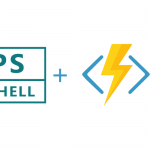 I’m writing this blog to share my experiences with working the latest version of PnP PowerShell V4 this .NET Core ... 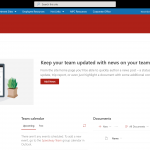 I am frequently asked how do I removed the left navigation on the modern Team sites? Most people don’t know this b...